Once the conquistadors sailed from Seville down the Guadalquivir River into the Atlantic and into the New World. Latin American money flowed upstream to bring a wealth of art, culture and architecture to Andalusia. For seven nights and eight days CroisiEuropeLa Belle de Cadiz with 176 berths is the base for an exploration of Andalusia.

It is the only river cruiser to sail through the rich heritage of the Guadalquivir empires: Roman, Moorish and Habsburg. As you cruise south, you’ll have views of the marshes, shifting sand dunes, and migrating birds of Doñana National Park. Unusually for a river cruiser, despite being four times longer than Columbus’s flagship which sailed to the New World, La Belle de Cadix also sailed the Atlantic briefly: emerging from the river to moor at Cadiz.

For all its importance in Spanish history, Andalucia is so much more than just what can be seen from the Guadalquivir. As the stretch of river from Seville to Cordoba is no longer navigable, coaches are used for further exploration.

Smiling crews greet coaches and taxis on the platform, taking luggage to the cabins. Guests are welcomed on board with a cold drink, names quickly checked off and key cards issued. Then the guests are guided to their cabins. Later, separate welcomes, accompanied by the cocktail of the day, are given in English, French and Spanish.

Our upper deck cabin has a large panoramic window. Our first entertainment is the kayakers, paddle boarders and rowers gliding as the sun sets beyond the Guadalquivir. Each cabin has its own discreet air conditioning system, even in spring and autumn the nights are warm. The furniture is light wood in color.

Two joined single beds, each with its own bedding, are at the center of the cream cabin. Under the bed there is room to slide luggage out of sight. A wall-mounted screen broadcasts cruise information and a small selection of TV channels. CroisiEurope toiletries are provided for the private bathroom with shower.

As a scorching sun often roasts the upper deck, a partial awning provides much needed shade. Nearby there is a small swimming pool for cooling off and plenty of sun loungers for relaxing. It is always possible to find a quiet corner to relax on La Belle de Cadix.

In addition to the large main bar, aft of the upper deck, the more intimate Panorama Bar has a small library and spectacular views of the Guadalquivir.

This is an early start for the coach journey to Córdoba, with motorway services stopping en route. Walking over the 8th century bridge over the Guadalquivir, then passing through the large arched gate created by the Romans, is the way to enter Córdoba. In the 10th century, the Caliphate of Cordoba became a city of 500,000 inhabitants.

The Mesquita, enlarged three times so that more than 40,000 Muslims could hunt on their knees, became the largest mosque in the world with its red brick forest and cream stone pillars. Showing practical tolerance after the 1236 reconquest, instead of reducing the mosque to rubble, the Christians colonized the Mesquita, creating more than 50 chapels and a Latin cross cathedral at its heart.

A morning walking tour of Seville begins by passing the country pavilions of the 1929 Exposition. The Argentine pavilion has been transformed into a dance academy.

The cathedral being closed for the day, we visit the Alcazar instead. From within the thick castle walls, the great had led naval expeditions. The coat of arms of Christopher Columbus, distinguished by a lion and a ship, adorns the walls of a Renaissance palace. Although Seville was reconquered from the Moors in the 13th century, Moorish architecture left a legacy of courtyards planted with orange trees, intricate geometric carvings and summer rooms near cooling fountains. Bitter oranges are picked from the palm-shaded gardens for the royal marmalade at Buckingham Palace.

En route to the Atlantic, the ship moors at Isla Minima to visit a Latin American-style hacienda. Dressage meets flamenco when a horse and a dancer combine for an equestrian ballet of remarkable precision. This is just a taste of a show at Carmelo Riding School the next morning in Sanlucar.

After a walking tour of Cadiz and tasting a trio of Osborne sherries at El Puerta de Santa Maria, La Belle de Cadix returns to Seville for a great day in Granada.

The city is home to the Alhambra, the red Muslim fort perched atop a hill that is now one of Spain’s most romantic destinations. Finally, guests have a day to further explore the grand imperial city of Seville.

Flamenco comes aboard with an evening of foot stomping, clapping, swirling dancing in red dresses and guitar music. In the past, flamenco was frowned upon by the upper echelons of Spanish society as a pastime of the lower classes. Today, with more than 50 varieties of dance, flamenco has become a proud symbol of Spanish artistic identity.

After an excursion, passengers are always welcomed on deck with a cold drink. For early risers, a selection of coffees, teas and pastries are available before the restaurant opens for breakfast. It is obvious that the crew is a happy family. As they present the Spanish-themed evening and the final theatrical gala dinner, a real joie de vivre is on display.

The seven nights Andalusia: Tradition, Gastronomy and Flamenco cruise costs from £1,329 per person based on departures March 2 and 9, 2023.

The price includes all meals and drinks on board, excursions, entertainment on board, port costs and travel and repatriation insurance.

This is a gourmet cruise where lunch and dinner are served by a team of smart waiters. Even lunch is a three-course extravaganza served with house wines. 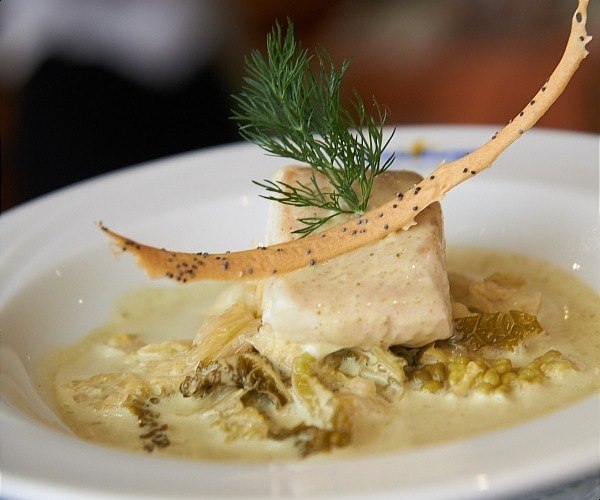 At breakfast, a chef cooks eggs to order and waiters walk around with coffee and milk. 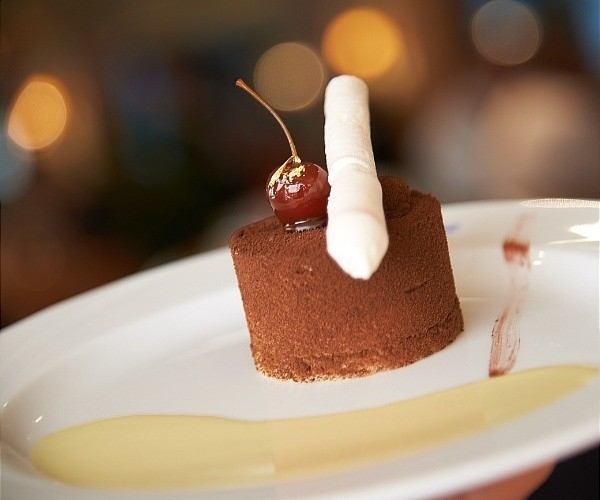 Although dinner is sometimes four courses, sometimes with cheese before the pud in true Gallic style, portion sizes are reasonable. Three times a week, a supplier from Cadiz delivers fresh produce. Even for seasoned cruisers, the cuisine and presentation are beyond superlatives.

On a Spanish-themed day, when sangria is the cocktail, lunch features the regional specialty of bull stew. A seafood paella is the star of the dinner.

La Belle de Cádiz is the only river cruiser to navigate the Guadalquivir, introducing guests to a sunny region that tells the dramatic and turbulent part of much of Spain’s history. Sailing in spring and autumn, avoiding the hot summers when the province becomes the frying pan of Spain, CroisiEurope makes you discover Andalusia. Experts guide guests through the history of the Romans, Moors, Habsburgs, and Spain’s restored royalty.

Disclosure: Our stay was sponsored by CroisiEurope.