The intoxicating scent of wild jasmine fills the air, there is a slight chill and mist rises from the river, as the sun peeks over the horizon, the sky changes from pale gray to shades of lilac and of pink. We head downstream towards the boundary of the Lower Zambezi National Park in Zambia. 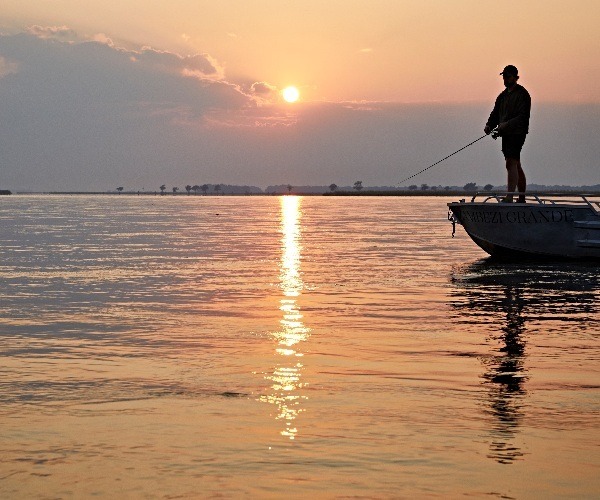 A whirring sound indicates that my husband has just had his first cast of the day. Tigerfish fishing is a seasonal specialty of the Zambezi River and, at least as far as my husband is concerned, is one of the best safari activities of all! Tigerfish fall somewhere between a trout and a piranha on an evolutionary scale, and are equipped with large, bony jaws and a mouth full of razor-sharp teeth.

Tigerfish are renowned for their speed, agility and strong will to fight – fishing for these freshwater fish is always a challenge. Prized species such as the coveted tiger fish and vundu (catfish) make Lower Zambezi a dream destination for any sport fisherman. Twenty minutes after his first cast, my husband is reeling from his first catch of the day, a 15.5-pound Tiger, which is followed, a few casts later, by another slightly smaller Tiger, although this one ci manages to slide to the side. its way from the net to the ladder. 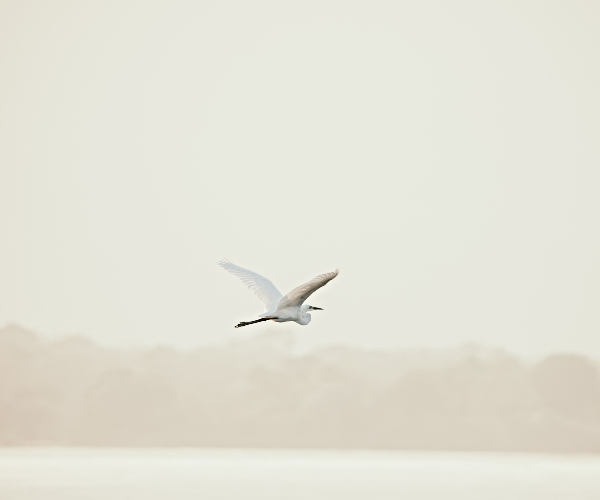 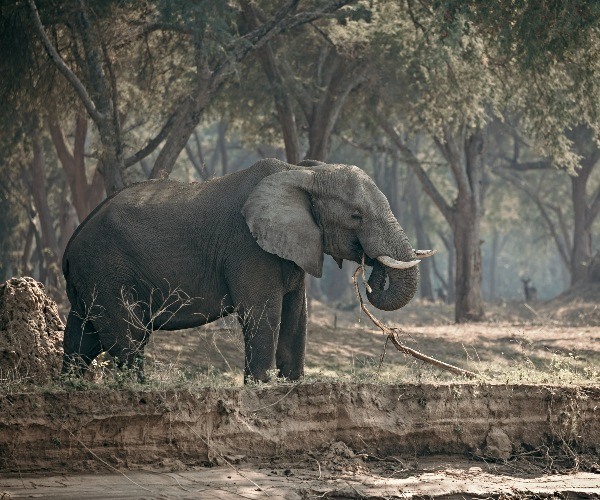 Not an avid fisherman myself, I was concerned about the scenery. Swarms of queleas fly towards the continent, from the islands where they perched during the night. Black daisies, yellow-billed storks, and woolly-necked storks fly and preen in the shallows. A pair of African Skimmers hover just above the water, their bright orange beaks dipping into the river, while a pair of Pied Kingfishers dive repeatedly, fishing for breakfast. Groups of hippos, with nostrils, eyes and ears just above the water, watch us as we drift, and the shores are lined with crocodiles, warming themselves in the early morning sun. 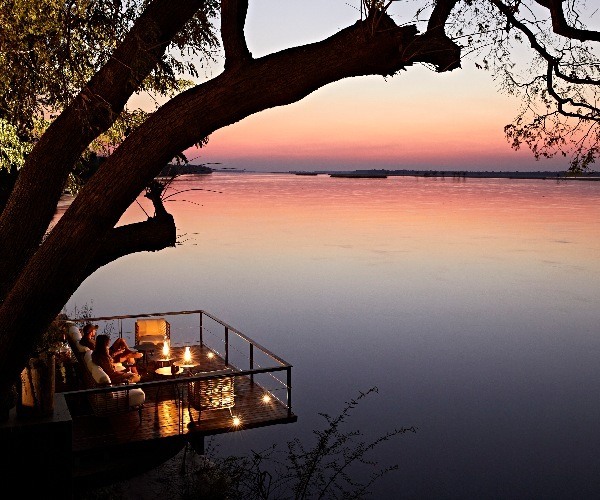 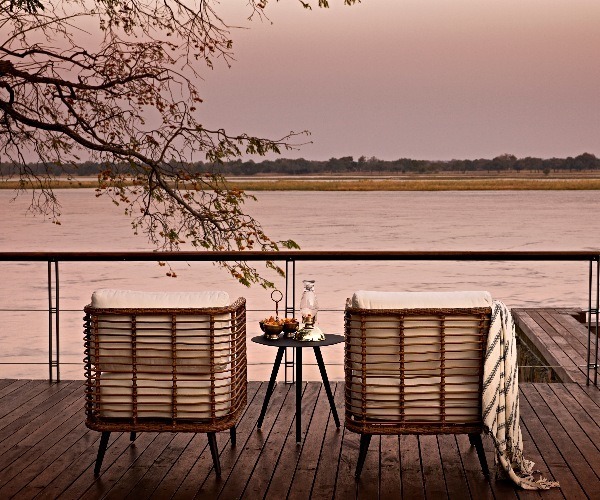 The Zambezi River, the fourth longest in Africa, passes through several countries and countless wonderful places on its journey from source to sea. Rising from the ground as a tiny bubbling spring in northwestern Zambia, the The river flows through eastern Angola, along the northeastern border of Namibia and the northern border of Botswana, then forms the border between Zambia and Zimbabwe, before crossing Mozambique and finally flowing into the ‘Indian Ocean. There are many special places along this amazing river, but one of my favorites is definitely the beautiful and wild Lower Zambezi National Park.

Located on the northern banks of the Zambezi in southeastern Zambia, the Lower Zambezi National Park covers 4,092 km² of pristine nature. From herds of elephants to thriving fishing eagles, and everything in between, this is a special place. A timeless valley of giant Winterthorn trees and the wildlife that find refuge in its dappled shade. 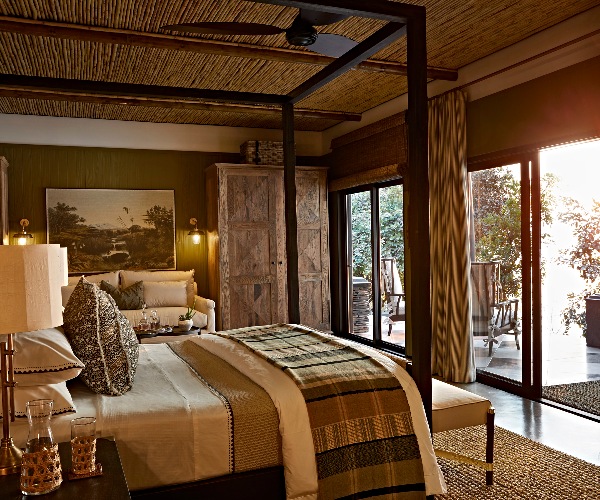 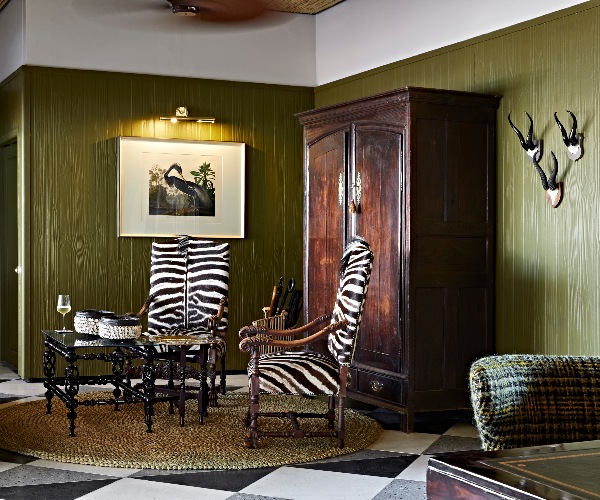 Delighted with the morning’s catch, we slowly return to the lodge, watching the game as we go. Zambezi Grande Private Gaming Experience, located high on the banks of the Zambezi River, is a luxurious private game lodge, a short boat ride upriver from the Lower Zambezi National Park. In 2021, Zambezi Grande embarked on a total overhaul of the lodge at the hands of Michele Throssell Interiors, and the result is something truly special and full of old-world charm. What had been, for all intents and purposes, a Cape Dutch-style vacation home on the banks of the Zambezi, has undergone a transformation. The 5 independent superior suites are superb, with their riverside setting, large verandas, outdoor showers and beautiful finishes. The 5 Luxury rooms, smaller but no less charming, with contemporary finishes, offer all the comfort one could wish for on a safari. The main area of ​​the lodge itself, with its thoughtfully chosen furniture and fabrics and carefully selected fittings, has an open plan, ensuring views of the river wherever you stand, sit or lie down. Every detail of the lodge has been carefully considered and results in a beautifully designed space in a stunning location. (And a solar farm has been installed allowing the whole lodge to operate off the grid). 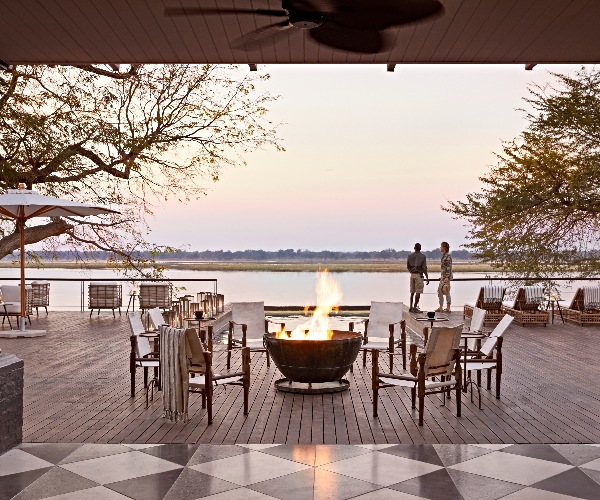 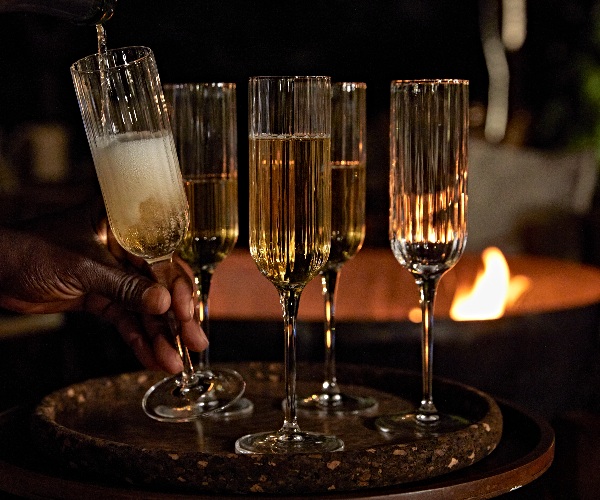 At night, when the sun sets and darkness descends, the magic of Zambezi Grande comes into its own and becomes an enchanting escape. With a blanket of stars overhead and a gentle evening breeze, we sat by the fire pit, drink in hand and listened to the sound of nature around us. An elephant trumpeted in alarm, a hippo splashed in the nearby water as a hyena called in the distance, an owl hooted and its mate returned its call, and crickets and cicadas buzzed and chirped in the trees above. 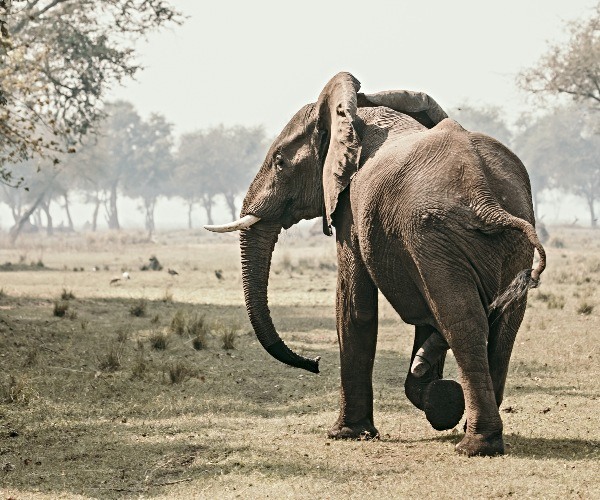 Morning, and we got up early again, but not to fish. This time head to the park itself for a game drive. The dramatic brown and green folds and ripples of the magnificent Zambezi escarpment flatten out as they descend towards the river. In this spectacular mountain setting, we cross the Winterthorn forest. The forest was full of waterbucks, males with impressive horns and females with young. 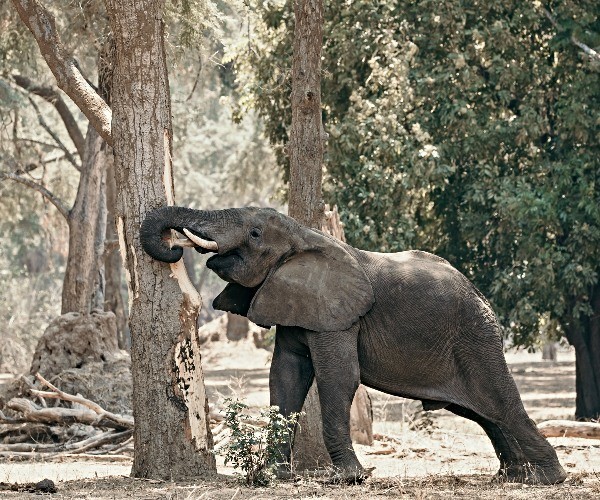 Our morning was filled with observations. Several male kudus, with their characteristic corkscrew horns, herds of impalas, monkeys hopped from tree to tree, and baboons fed and groomed themselves on the forest floor. 6 lions lay in the shade, some munching on the remains of waterbuck bones and the others resting after what had been a busy night. We turned another corner and found a huge fallen Winterthorn tree, which had attracted a herd of elephants, 25 or 30 strong. We waited and watched as they tore through the fallen tree, feasting on leaves, bark and twigs, and smashed their way through the breaking branches with a resounding crack in their jaws. Several youngsters, obviously still suckling, tried to imitate their elders by waving bunches of leaves in the air and making comical attempts to put them in their mouths. It was wonderful to see so many elephants together – big and small, adults and babies, females and males; brought together by the festival of greenery. Once they were done with the tree, they separated; matriarchs, mothers and babies head to one side, bulls and young males to the other. 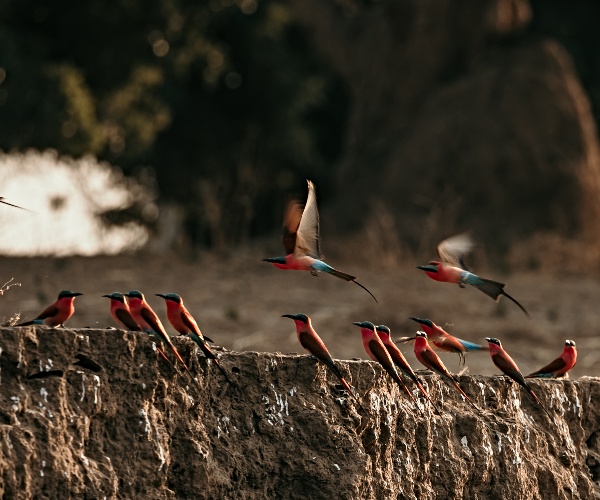 Afternoon came, and we were back on the river. Cruise past islands and sandbanks. Migrating carmine bee-eaters, with their vibrant colors and loud cries, flew overhead and a herd of elephants crossed the wide, deep river ahead, stopping to eat the long grass on one of the islands, before continuing towards the shore on the other side.

We passed an island where two old male buffaloes, trapped for months by high water and the ubiquitous crocodiles, grazed on the lush grass. On another island, three female waterbucks, also stranded, stared pensively at the mainland. A baby hippo stood on the river bank, reluctant to venture into the water, despite reassuring grunts from the rest of the pod, who waited in the shallows like a mother and aunts, cheering like a toddler to a swimming lesson. 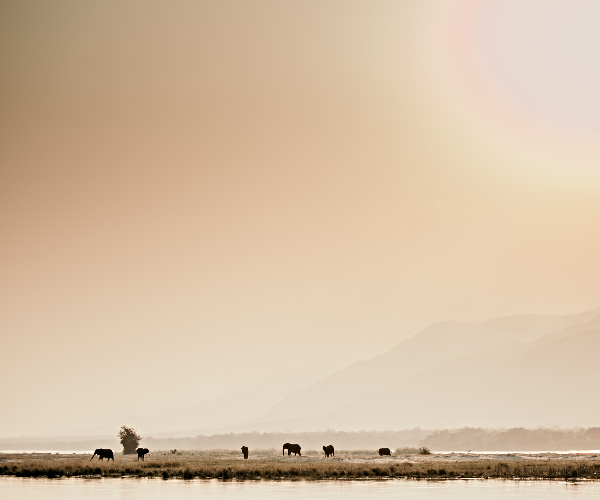 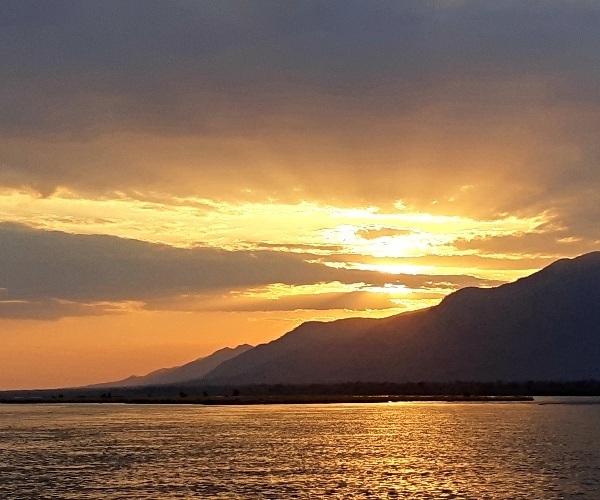 When David Livingstone reached the lower Zambezi Valley in December 1855, he noted in his journal the wild beauty of the place… “Hundreds of buffaloes and zebras grazed in the open space, and under the trees stood lordly elephants who fed majestically. The number of animals was quite astonishing. I wish I could have photographed a scene so rarely seen…” Surrounded by the magnificence of the park, we knew exactly how he had felt. As the day drew to a close, the sun descended low in the sky, turning the river to liquid gold. Elephants were calling across the river, a pair of hippos were loudly fighting over territory, herons were screeching as they roosted for the night. Gradually, the world around us calmed down. It was the perfect ending, to a perfect day, in a perfect location.